What COVID-19 precautions are being taken on voting day?

This story idea came from an audience member, like you, who got in touch with us. Send us your federal election questions and story tips. We are listening: ask@cbc.ca.

Millions of voters are heading to the polls Monday to vote in the first federal election during the COVID-19 pandemic.

Many told CBC News they are concerned about what precautions are being taken by Elections Canada to ensure the safety of voters, including adequate ventilation inside polling places to lower the risk of exposure to the coronavirus indoors.

Some of those precautions — including millions of single-use pencils and constant cleaning of polling booths — have been called “hygiene theatre” by some for the overemphasis on surfaces.

But Elections Canada’s approach is also getting praise from experts for the physical distancing, masks and ventilation efforts that target the main routes of transmission of the airborne virus.

Here’s what Canadians can expect on voting day.

What to expect when you arrive

The first thing voters may notice is longer than usual lines outside polling places. That’s because Elections Canada is limiting the number of people inside at one time to ensure adequate physical distance.

While an estimated 5.7 million people voted at advance polls and hundreds of thousands more voted by mail, Elections Canada is still expecting significant turnout on voting day — which could lead to line-ups outside.

Inside, sanitizing stations will be set up at entrance and exit points, plexiglass barriers will separate voters from poll workers, and frequent contact surfaces, such as doorknobs, tables and handrails, will be regularly cleaned.

Elections Canada even purchased 16 million golf pencils and another 3.6 million large pencils at a cost of $437,470, so each will be touched by only one person when marking their ballot. (The agency says leftover pencils will eventually be reused, although some voters have been taking them home).

Polling stations were vetted to make sure they have decent air flow. Elections Canada says each location underwent a health and safety analysis to ensure it met federal guidelines on indoor ventilation.

Doors and windows will be opened “wherever possible.”

Locations requiring additional circulation will have fans or air purifiers with high-efficiency particulate air (HEPA) filters in place to filter the virus from the air — but Canadians won’t see those devices at every polling station, Elections Canada said.

Finally, all poll workers and voters who arrive without masks will be provided disposable blue-and-white three-ply non-surgical masks, while vulnerable individuals will receive KN95 respirators.

Linsey Marr, an expert on the airborne transmission of viruses at Virginia Tech, praised the measures in Elections Canada’s plan on masking and distancing, saying they target “the main way that the virus transmits.”

But she questioned what she called an “overemphasis” on measures aimed at preventing surface-based transmission, which she said scientific evidence shows is uncommon or non-existent.

A spokesperson for the World Health Organization told CBC News there is limited evidence of any confirmed COVID-19 cases stemming from transmission via fomites, which are objects such as handrails, tabletops or writing utensils that can theoretically spread a virus to a new host ​​when contaminated.

“I don’t think there’s any harm to everyone having their own pencils,” Marr told CBC News in an interview. “But it does divert attention and resources from other measures that might be more effective.” 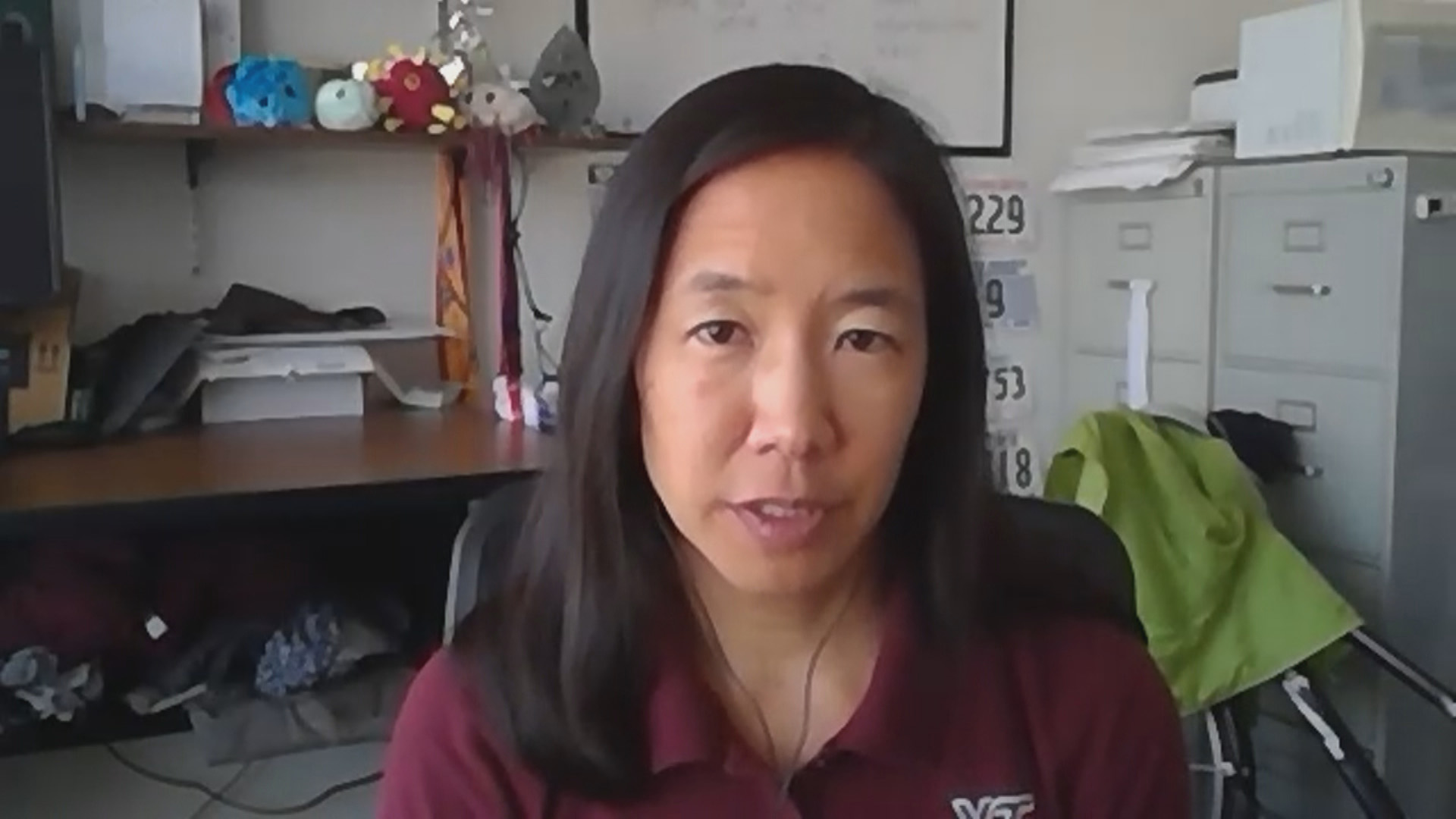 Marr said money spent on single-use pencils could be better spent giving everyone a higher quality surgical mask instead. While doing so would certainly increase the election’s projected $610 million price tag, Marr said better quality masks would be “far more effective in terms of reducing the risk of transmission.”

Dr. Isaac Bogoch, an infectious disease physician at the University Health Network in Toronto, said he was “perplexed” by the pencil policy when he voted at an advance poll last weekend.

“It does appear that there is some element of hygiene theatre, but as long as that doesn’t detract from measures that actually create a safer indoor space I don’t care,” Bogoch said.

“People should be wearing masks, those areas should be ventilated and they should really work as hard as they can to limit the number of people indoors at any given time — and if they do that, they’re doing it right.”

How effective will the measures be?

It remains to be seen if the election will lead to a significant rise in COVID-19 cases, but experts generally agree that Election Canada’s focus on masking, ventilation and physical distancing should mitigate any major outbreaks.

Whether a trip the polls is more or less risky than a trip to the grocery store or a restaurant largely depends on the design of the polling place, the number of people inside and how long voters spend inside.

“If we take a step back and look at how many cases of COVID-19 will be transmitted as a result of voting in this election — it’s not going to be zero,” said Bogoch.

“But it’s probably not going to be that high if these polling stations really do their best to deal with crowd control, ensure people are masked and deal with ventilation in those indoor spaces.”

Six provinces and territories have conducted general elections during the pandemic period, each with their own sets of protocols. Election officials in each told CBC there was no evidence of COVID-19 transmission occurring among voters at polling places, although two poll workers in Newfoundland and Labrador did test positive for the virus.

Marr says one measure that may do more harm than good based on emerging research is plexiglass barriers, which can in theory work to prevent transmission on an individual level but may impede overall airflow in crowded indoor settings.

“Plexiglass can be useful for the brief, face-to-face type of interactions between poll workers and voters,” Marr said. 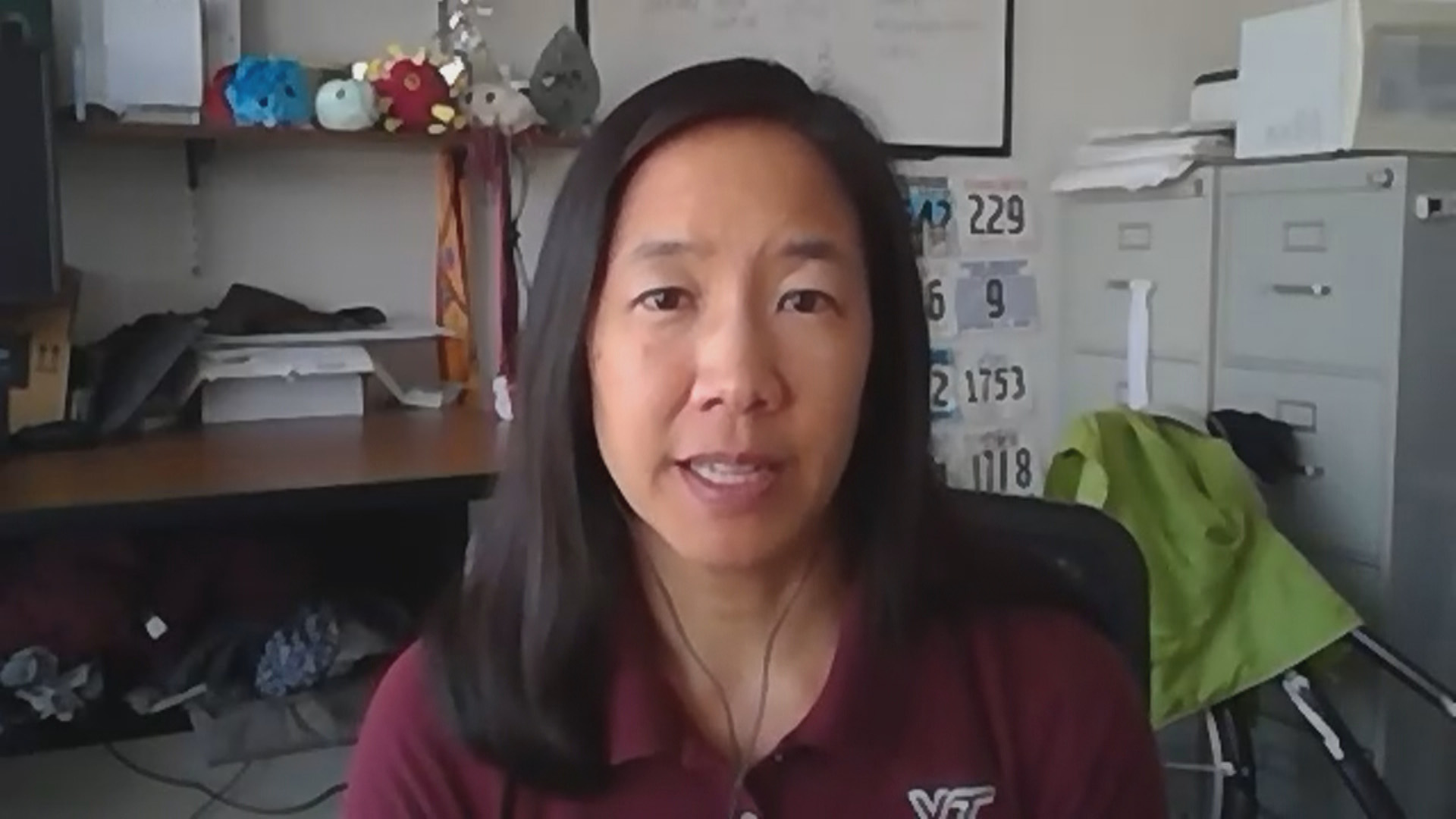 Linsey Marr, an expert on the airborne transmission of viruses at Virginia Tech, suggests additional measures Elections Canada could take to protect voters and poll workers at polling places on election day. 1:11

She compares it to “squeezing a sausage” and says if there are multiple large plexiglass barriers in a polling station they could produce “hotspots” where the virus can “build up in the air more than it would otherwise.”

A spokesperson for Elections Canada said the plexiglass barriers in use are about 96 cm high and 86 cm wide, and that all of the health and safety measures in place for the election were developed on the advice of and in consultation with public health authorities.

Tips for voters at the polling stations

There are several ways voters can protect themselves when they head to the polls —  above and beyond the measures Elections Canada has in place.

Marr suggests wearing a high quality respirator like an N95, KN95, KF94 or a Level 3 ASTM surgical mask to the polling place.

“Something that provides excellent filtration and fit, so that it is blocking particles in the air, the viruses, keeping you from breathing them in and also [ensuring] there’s no leaks around the edges of the mask,” she said.

These masks can be bought online or purchased at retail stores, like Home Depot, Home Hardware, Wal-Mart and Costco. (Just beware of counterfeits and poor-quality respirators). Health Canada also has a list of approved medical masks that may help narrow down the search.

Marr says some cloth masks can be effective if they have a built-in filter, but gaiters, bandanas and face shields — when not used with a high-quality mask underneath — are much less effective.

Given that air circulation indoors is so important, voters should ask Elections Canada workers to open windows or doors to introduce clean air to the polling place if they see they are shut upon arrival.

Finally, Marr says showing up at the polling place during off-peak hours when it’s less crowded will help reduce the chances of being exposed to an infected person.

“Don’t linger around in there,” she said. “Because the longer you spend in there, the more you’re breathing the air and the greater chance you have of inhaling enough virus to cause infection.”

Do you have a question about the federal election? Send it to ask@cbc.ca, fill out this form or leave it in the comments. We’re answering as many as we can leading up to election day. You can read our answers to other election-related questions here.