What we know about the new coronavirus variant omicron

Authorities around the world have reacted with alarm to the recently discovered coronavirus variant B.1.1.529 that the World Health Organization labelled a variant of concern and named omicron Friday.

Britain, the European Union and India are among those announcing stricter border controls as scientists carry out tests to determine if the variant is more transmissible or infectious than others, as well as if it is resistant to vaccines.

Where and when was the new variant found?

On Wednesday, South African scientists sequenced more genomes, informed the government that they were concerned and asked the World Health Organization (WHO) to convene its technical working group on virus evolution Friday.

The country has identified around 100 cases of the variant, mostly from its most populated province, Gauteng, where Johannesburg and Pretoria are located.

Why is it worrying scientists?

All viruses — including SARS-CoV-2, the virus that causes COVID-19 — change over time. Most changes have little or no impact on their properties.

However, some changes may affect how easily they spread, their severity or the performance of vaccines against them.

This variant has drawn scrutiny because it has more than 30 mutations of the spike protein that viruses use to get into human cells, U.K. health officials say. 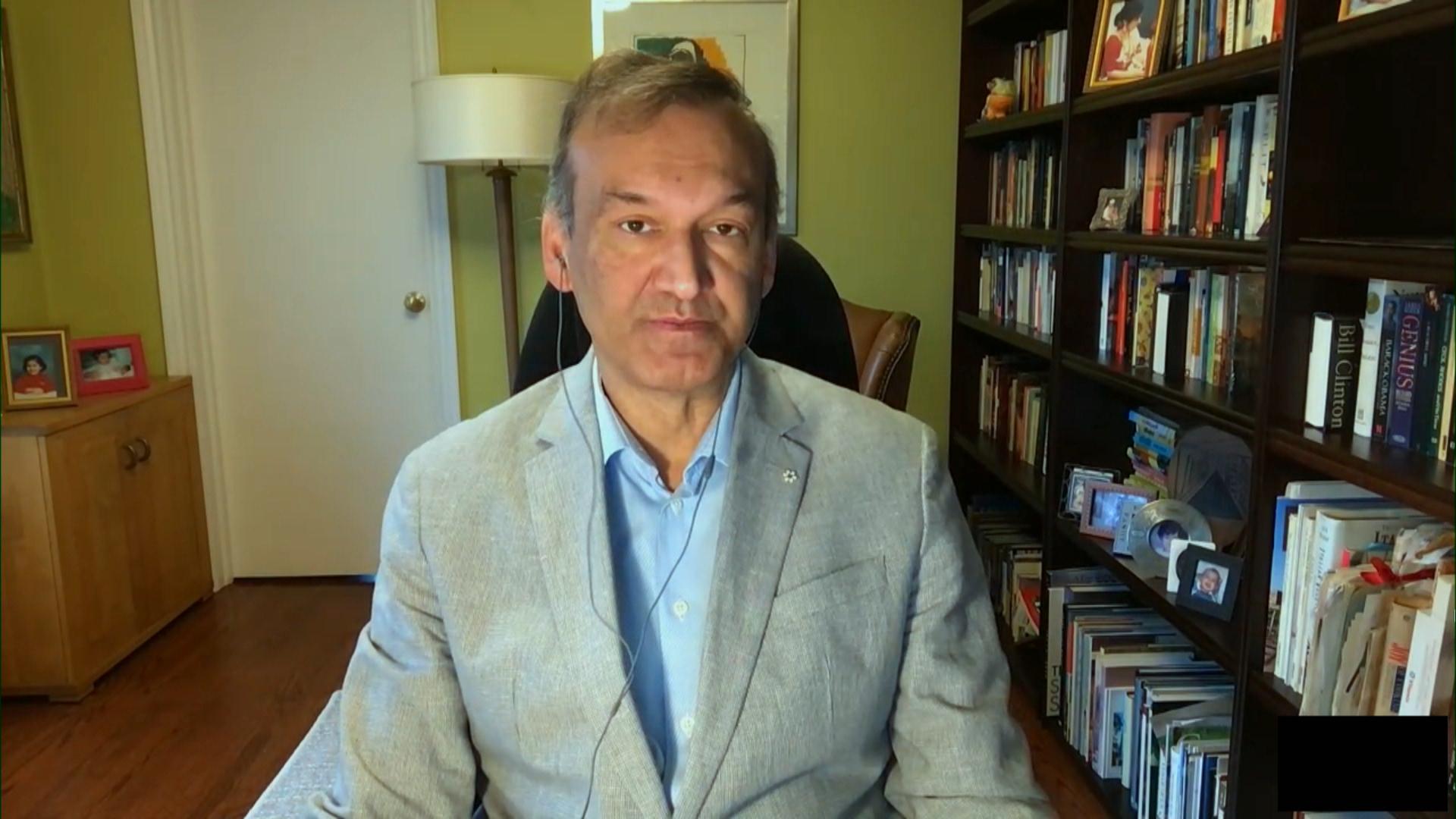 The world could know within a week whether current vaccines against COVID-19 are effective against the new coronavirus variant, B.1.1.529, says epidemiologist Dr. Prabhat Jha. He also said the global solution to curbing variants is to ‘vaccinate the world.’ 6:31

That is about double the number of delta, and makes this variant substantially different from the original coronavirus that current COVID vaccines were designed to counteract.

South African scientists say some of the mutations are associated with resistance to neutralizing antibodies and enhanced transmissibility, but others are not well understood, so its full significance is not yet clear.

U.K. Health Security Agency Chief Medical Adviser Dr. Susan Hopkins told BBC radio some mutations had not been seen before, so it was not known how they would interact with the other ones, making it the most complex variant seen so far.

So more tests will be needed to confirm if it’s more transmissible, infectious or can evade vaccines.

The work will take a few weeks, the World Health Organization’s technical lead on COVID-19, Maria van Kerkhove, said on Thursday. In the meantime, vaccines remain a critical tool to contain the virus.

No unusual symptoms have been reported following infection with the B.1.1.529 variant and, as with other variants, some individuals are asymptomatic, South Africa’s NICD said.

Where else has it been identified?

South African scientists say early signs from diagnostic laboratories suggest it has spread rapidly in Gauteng and may already be present in the country’s other eight provinces.

The country’s daily infection rate nearly doubled on Thursday to 2,465. South Africa’s National Institute for Communicable Diseases (NICD) did not attribute the resurgence to the new variant, though local scientists suspect it is the cause.

Neighbouring Botswana detected four cases, all in foreigners who arrived on a diplomatic mission and have since left the country.

Scientists say early detection due to genomic surveillance in Botswana and South Africa may have limited the spread of the variant. 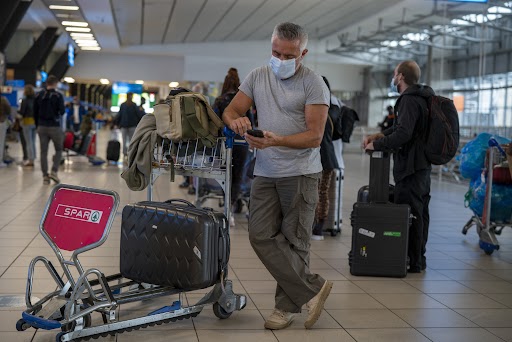 South Africa angered by travel restrictions due to new variant

The open database of coronavirus variants from the global initiative on sharing all influenza data (GISAID) has 58 cases of B.1.1.529 registered in South Africa, six in Botswana and two in Hong Kong.

The variant is relatively easy to distinguish in PCR tests from delta, the dominant COVID-19 variant and the most infectious so far. Unlike delta, it has a mutation known as the S-gene drop-out.

However, this is not a unique identifier because the Alpha variant, first identified in Britain, also has that mutation.

What has the World Health Organization said?

The UN agency said on Friday its advisers recommended that the variant be designated one of concern, its most serious level.

The latter label is applied if there is evidence that it is more contagious or more virulent or vaccines work less well against it, or has a combination of those characteristics, WHO’s website says.

It has been given the Greek name omicron. WHO has identified four other variants “of concern” — alpha, beta, gamma and delta.

WHO has labelled two others as variants of interest, which is the next level down: lambda, identified in Peru in December 2020, and mu, in Colombia in January.

That means they had genetic changes that are predicted or known to affect virus characteristics such as transmissibility, disease severity or the ability to evade vaccines and drugs.

It would also mean it caused significant community transmission or multiple COVID-19 clusters in multiple countries with increasing relative prevalence alongside an increasing number of cases over time and is an emerging risk to public health.

What has Canada said?

Health Minister Jean-Yves Duclos announced Friday that Canada will limit travel from seven countries in southern Africa, a region that has reported cases of the omicron variant.

Starting today, all foreign nationals who have travelled through South Africa, Namibia, Zimbabwe, Botswana, Lesotho and Eswatini or Mozambique in the last 14 days will be barred from entering Canada. 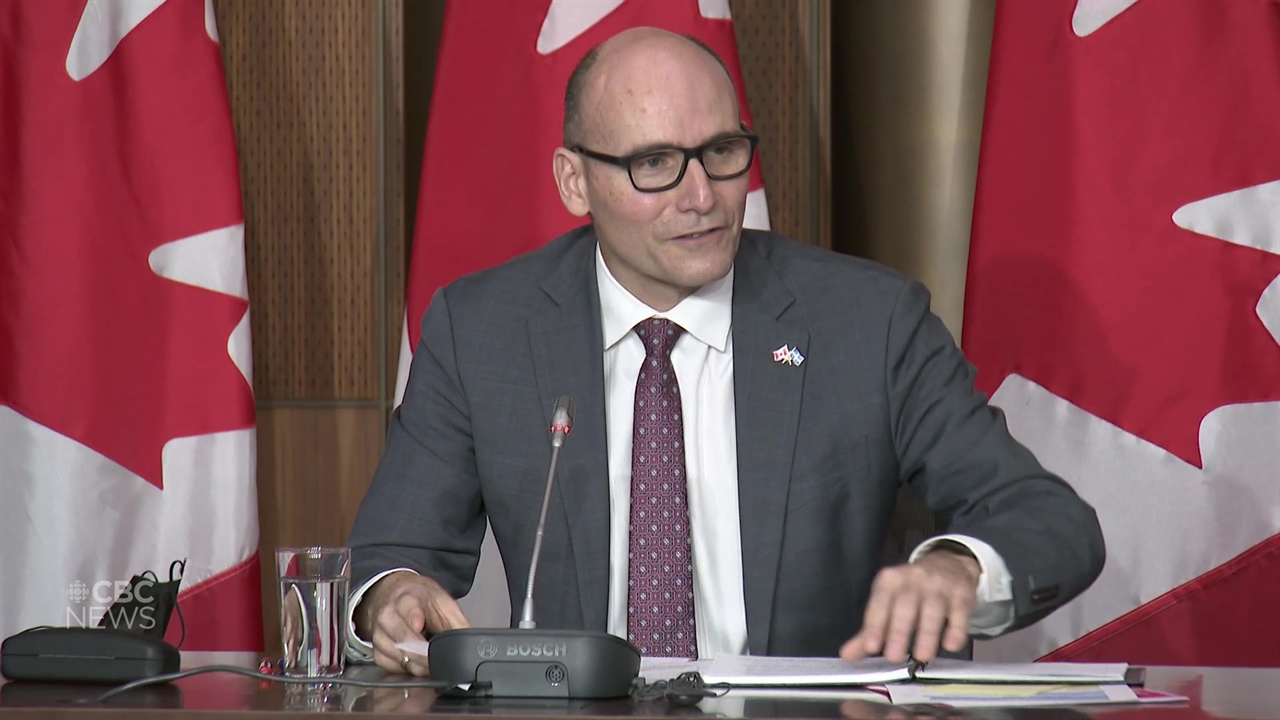 Health Minister Jean-Yves Duclos announced several measures to counter the newest coronavirus variant of concern named omicron, including a ban on all flights from seven countries in southern Africa. 2:14

Canadian citizens and permanent residents will be allowed to return home from these countries, but they will be required to take a COVID-19 test upon arrival and wait for the results at a hotel.

If the test is negative, those returning travellers will be released to quarantine for a mandatory 14 days at home. They will also be required to go through a so-called “day eight” test on the eighth day of quarantine.